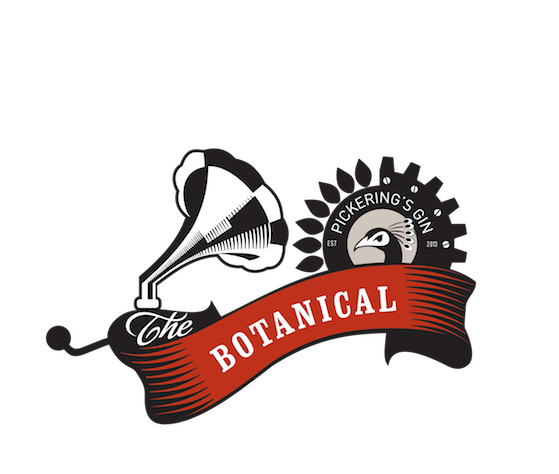 An old gin recipe from Bombay. The dogs kennels of a former animal hospital.
Two inventive spirits. Put them together and what do you get? Shaking Up A Storm At
Edinburgh Cocktail Week

Pickering's Gin is engineered from 9 botanicals:

Juniper berries aren’t actually berries at all – they’re female pine cones that produce juniper plants. They are also the only spice to come from a conifer tree. Piney, resinous and slightly citrus, these berries give our beloved spirit its distinctive taste and aroma.

Coriander was one of the many plants cultivated in the Hanging Gardens of Babylon and cultivation started around 2000 BC. The Ancient Greeks used coriander as an ingredient in perfume making. Fragrant, nutty and warm, alongside juniper it is a true staple of gin distillation.

Known as the ‘Queen of the Spices’, cardamom is the world's second most expensive spice (after saffron). Originating from India, it’s been consumed by us humans for over 4000 years! Spiced and intensely fragrant, cardamom is a majestic botanical for distilling gin.

Since the 10th century angelica has been used in herbal teas and to flavour liqueurs, vermouths and aquavits. Bitter, earthy and reminiscent of wormwood, angelica brings a nice dry finish to a distillation and is used to create the dry style gins that our modern palates have come to love.

Back in the days of quinine, gins were made sweeter than today to combat the bitter taste of the antimalarial tonic. The cinnamon in our 1947 expression has a sweet warmth that’s absolutely characteristic of an authentic Bombay style gin.

Fennel is a flowering plant that actually belongs to the carrot family! People in India and Pakistan chew sugar-coated fennel seeds after a meal to freshen their breath. Anise-like in flavour and green on the nose, fennel plays an integral role in our Pickering’s gins.

Anise is used to flavour many spirits such as absinthe, pastis and ouzo. In high concentration anise can sometimes produce the ‘ouzo effect’ – when diluted with water it becomes milky. We use it to bring a liquorice-like sweetness to our distillation.

Botanically speaking, lemons are actually berries! The British Navy has used lemon juice to prevent scurvy amongst sailors since the 1800s. Lemon juice has been used as an invisible ink from 600 CE all the way through to England’s Lemon Juice Spies during WWI.

Limes are predecessors to lemons; they are the most acidic of the citrus fruits but have almost half the vitamin C of a lemon. Lime and lemon peel bring the bright, zesty top notes to Pickering’s Gin, giving us the beautiful characteristics of a clean, classic, juniper forward gin.

The clove tree is an evergreen from Indonesia and belongs to the myrtle family. Cloves today are used in ketchup, Worcestershire sauce and Chinese five-spice powder. In our gin, they complement the sweet anise and fennel botanicals with intense aromatic notes.